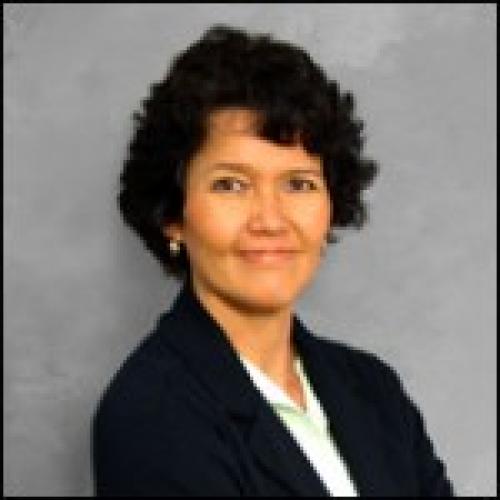 Overview: The main projects in my laboratory focus on animal models of drug addiction using rats. We commonly utilize intravenous drug self-administration methodology in conjunction with behavioral and neurochemical analyses to assess alterations in motivational, emotional and brain region-specific neurochemical status as the result of drug experience.

Studying factors contributing to drug use and abuse: Human emotion plays a major role in the initiation and maintenance of drug abuse, including the tendency to relapse back to drug use after abstinence. Ultrasonic vocalizations (USVs) elicited by rodents are known to communicate emotionally relevant information between conspecifics. We consider USVs to be a highly translational animal model of emotion during drug use. In our laboratory, we routinely collect and analyze USV data during all stages of our drug self-administration studies to gain insight to emotional processes over the course of drug experience. We have found that patterns and types of USVs resulting from drug experience are highly dependent on duration of drug use and the type of self-administered drug (e.g., cocaine versus morphine versus ethanol). These findings indicate experience-dependent emotional aspects of drug use and distinct emotional and/or motivational factors contributing to different drugs of abuse.

Using in vivo microdialysis and HPLC analyses of dopamine and/or serotonin in conjunction with drug self-administration procedures, we have found thathighly stimulating environments and the presence of drug-associated cueshave profound effects on mesolimbic neurochemical responses in the presence and absence of drug availability. These neurochemical responses appear to underlie motivational aspects of drug-taking behavior.

Relapse to drug use is often precipitated by cued memories of drug use.Through the use of USV recording and analyses, we can follow drug-associated learning as it develops during drug experience. We have found that individual differences in the propensity to associate cocaine with cocaine-associated cues (as indicated by the magnitude of USV responses in a drug-paired environment) are highly predictive of future drug-taking behavior. By targeting drug-associated USVs, we can test the effects of specificpharmacological agents and behavioral manipulations on cocaine-associated learning.

Collaborative Studies: We have additional studies associated with ongoing collaborative relationships with other laboratories within the College of Pharmacy, Waggoner Center, Institute of Neuroscience and Behavioral Neuroscience Area.

Undergraduates: We often have slots for volunteer undergraduate research assistants who can make multi-semester commitments to working in the laboratory.

Area of Study:
My primary research interests involve investigating how environmental acoustic stimulation and ambient temperature affects the neurochemical and reinforcing properties of MDMA. MDMA, also known as ecstasy, is a popular drug often taken at clubs or raves. Raves and clubs offer environments that are rich in sensory stimulation, such as loud electronic dance music and flashing lights that may enhance the positive and subjective effects of the drug. These distinctive elements of the drug-taking environment could play a major role in the primary reinforcement of the drug, as well as influence the negative consequences associated with MDMA. Therefore, I am using a conditioned place preference and self-administration experiment to investigate behavior parameters of rats that may be altered as result of taking MDMA while exposed to music, white noise, and no additional sound, as well as increased ambient temperatures. In addition, I measure changes in nucleus accumbens dopamine and serotonin levels by in vivo microdialysis while the rats self-administer MDMA in the presence of the various acoustic stimuli.

Area of Study:
I have been working on cocaine self-administration in rats and investigated the effects of different pretreatments and environmental cues on their behavior (lever presses, response latencies, and locomotor activity) and dopamine levels in the brain using in vivo microdialysis. The influence of environmental cues on drug taking behavior is extremely important in the development of drug dependence. Objects, colors, sounds and other cues repeatedly present at the event of drug taking are eventually associated with the drug and its effect. Finally, this drug-conditioned cue can cause an effect on its own or alter the “normal” effect of the drug. Conditioned drug effects can go in opposing directions. While many animal studies have shown that cocaine causes drug sensitization, we find cocaine-induced conditioned tolerance under certain circumstances. This dichotomy to our findings is very challenging. However, one major difference between the majority of animal studies and ours is that most studies use experimenter-administered drug administration. This is a very important issue to address in the field of addiction research because drug dependent patients generally self-administer the drug of abuse and choose the amount of drug taken according to their “needs”. Many investigators using animal models do not factor in the influence of voluntary drug intake on behavioral and neurochemical responses. Therefore, I am currently working with two different groups of rats, of which one is allowed to self-administer cocaine while the second group is paired (yoked) with the first group and receives non-contingent infusions of cocaine under the same conditions. Additionally to conditioning and microdialysis, I am currently learning Golgi staining, a staining technique that will further allow me to look at cellular differences between the two groups of animals.

Area of Study:
My research involves exploring the effects of intermittent exposure to 3,4-methylenedioxymethamphetamine (MDMA), while measuring for 50-kHz vocalization that has been shown to occur in appetitive situations, in male rats. I am working in collaboration with the lab of Dr. Tim Schallert (homepage). Also, I have continued Ame Wongsa’s research in novel odor recongintion, measuring memory loss and enhancement using the models of diazepam and cocaine.

Sound of Rats Calling for Cocaine

To hear the rats calling, turn up sound in System Preferences or on connected speakers and click on the following video:

1.0 sec of 50-kHz vocalizations slowed to 19 secs. (You may need to set your volume as high as possible to hear the vocalizations.)

Related Links at The University of Texas at Austin

The University of Texas
College of Pharmacy
2409 University Avenue
Stop A1915
Austin, TX 78712