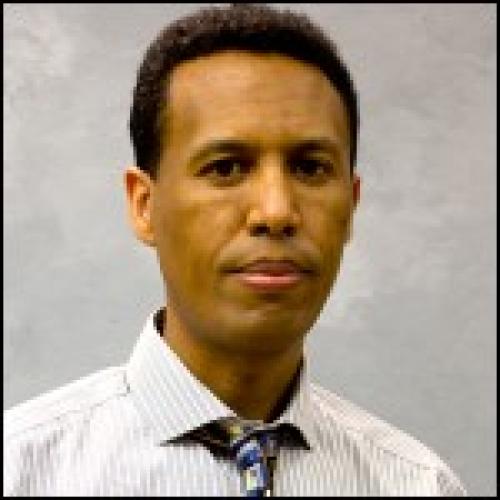 My laboratory is devoted to understand how basic mechanisms of DNA repair impact cancer etiology and response to chemotherapies. The major focus of the group is to uncover the biological role of DNA repair in cancer cells and provide potential new strategies to exploit genetic vulnerability for better chemotherapeutic response.

1. Base excision repair and genomic instability

Reactive oxygen and nitrogen species (RONs) interact with DNA and induce various forms of DNA damage including single-and double-strand breaks, abasic sites, and nucleotide modification, all of which contribute to tumor initiation. RONs induced DNA damage is repaired by base excision repair (BER). The BER pathway deals with base damage, the most common insult to cellular DNA. BER is initiated by DNA glycosylases that recognize damaged bases, excise the lesions, and provide substrates for later enzymes in the pathway. When these pathways are compromised, there is an increase in genomic instability and cellular transformation, which can lead to cancer. Since the BER pathway has become a target for cancer therapies, it is vital to understand how germline (heritable variation in the lineage of population) and BER gene mutations in tumors variants induce genomic instability and alter cellular responses to DNA damaging agents. Using the Cancer Genome Atlas (TCGA) and the 1000 Genomes database, we have identified several cancer-associated and germline variants of BER genes (Single-nucleotide polymorphism) respectively. However, the biological functions of these mutations and the effect in response to chemotherapy are not known. Our study will determine i) how cancer-associated variants of BER genes (such as POLB, NEIL3) induce genomic instability; ii) cellular response to DNA damaging agents; iii) how to manipulate BER mutations in tumors to restore sensitivity of chemotherapy resistant cancer cells. Our work utilizes a combination of biochemistry, cell biology, and genetically engineered mice to study BER pathways involved in genomic instability and cancer. The long-term objective of my laboratory is to understand how aberrant BER is linked to carcinogenesis and to develop a novel approach for discovering specific genetic vulnerabilities in cancer cells that can be exploited for the development of therapeutics.

A second area of interest in my laboratory is to uncover the complex relationship between infections induced inflammation, genomic instability, and cancer. Despite huge research efforts to understand the interaction between hosts and pathogens during an infection, it is very difficult to translate the generated fundamental knowledge into strategy to reduce infection-mediated cancer. Bacterial infection is one of the environmental factors that cause chronic inflammation, host DNA damage, and increase the risk of cancer. Helicobacter pylori is a gram-negative bacterial and colonizes the gastric mucosa of half of the world’s population and is a class I carcinogen. While eradication of H. pylori by antibiotic treatment can be relatively simple to accomplish, preventing the global burden of gastric cancer through H. pylori eradication can be a challenging task. Some of the challenges demonstrated that H. pylori mediated gastric cancer is a slow process and it can take decades. In addition a number of earlier human chemoprevention trials had addressed the effect of H. pylori eradication on precancerous lesions rather than using gastric cancer. Although it is well accepted that activation of host DNA damage response is a common theme of infections with H. pylori, more detailed study is still needed to better understand the “how” and “why” of long-term interaction between the host and pathogens. Our recent finding shows that upon H. pylori infection, base excision repair (BER) intermediate (AP sites) accumulate and lead to increased levels of double-strand breaks (DSBs) at different stages of cell cycles (Kidane D, et al 2014, Oncogenesis) suggest that BER is critical to repair oxidative DNA damage induced with H. pylori infection. We believe that more work is needed to elucidate mechanisms how H. pylori infection manipulate the host immune system and DNA repair to promote genomic instability and malignant transformation. Therefore, the goals of our study are i) to shade lights how DNA repair promote H. pylori- mediated gastric cancer using mouse model with reasonable short period of time; ii) to develop new therapeutic strategies using DNA repair inhibitor. Our study will lead to a better understanding of H. pylori infection mediated DNA damage response, improve our knowledge of infection induced cancer and refine our preclinical data to design therapeutic strategies for future.

Postdoctoral Position Availability and Details: Postdoctoral positions are available in the areas of molecular cancer biology and DNA repair. Please submit a CV.

Graduate student (Ph.D) position: Available in the area of molecular cancer and DNA repair. Please visit Pharmacology and Toxicology Handbook  for Specific requirements for admission to the Pharmacology & Toxicology Ph.D. Program. and send your CV to dawit.kidane@austin.utexas.edu