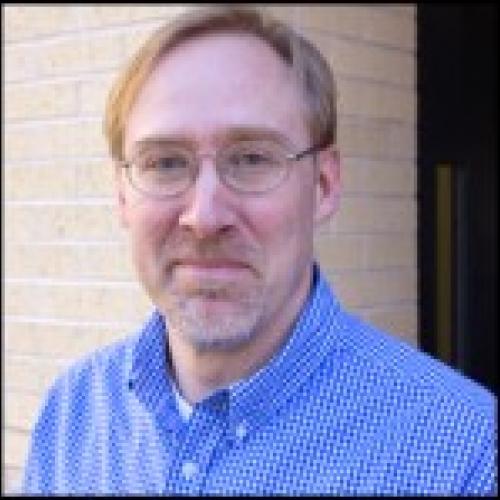 Welcome to the Fast Lab.  We are guided by a broad curiosity about how enzymes work and how we can manipulate their functions. We study the chemistry behind how these proteins accelerate chemical reactions that are important for biological processes and use this information to develop small molecules to regulate the enzyme’s function, to design variant enzymes with altered functions or properties, or to design chemical probes to study the activity of enzymes within living cells.  Inhibitors that rely on covalent bond formation as part of their mechanism are of particular interest.  We choose to study enzymes that are suitable targets for new drugs, so our work  serves as an early step in the development of novel therapeutics.  My teaching involves undergraduate students, graduate students, postdoctoral researchers and professional pharmacy students in class and in the laboratory.  Our current research projects are in the areas of infectious disease, cancer, and cardiovascular / pulmonary health.

2016 – present  Professor, The University of Texas at Austin

College of Pharmacy, Division of Chemical Biology and Medicinal Chemistry

College of Pharmacy, Division of Chemical Biology and Medicinal Chemistry

April 2020:  Kudos to Allie, Pei, Toby and others for their new paper on iminodiacetic acid inhibitors of NDM!

March 2020:  Congrats to the Crowder Lab for their launch of MBLinhibitors.com with accompanying paper.

February 2020: Check out our Hornraiser and consider supporting the Virtual Cures Stream for freshman research!

August 2019:  Our JBC paper on NDM clinical variants was selected for inclusion in a  virtual issue on antibiotics – Great work team!

July 2019:  Farewell Alfred!   Congrats and best wishes for your new job at Rose-Hulman!

June 2019:  Pei’s paper with Rex is out – Congrats!  Apparently, serine- and metallo-beta-lactamases have something in common after all.

May 2019:  Walt and Alfred catch up w/ colleagues at the 2019 Texas Chemical Biology conference – can you find us?

March 2019:  Congrats to Guy for winning an Undergraduate Research Fellowship!  (5th in a row for our lab – keep the streak going!)

November 2018:  Congrats to Nasa for winning an Undergraduate Research Fellowship!

November 2018:  Welcome To Alex!  A new postdoctoral scholar from the Vederas lab.  Our recruitment lunch must have worked!

July 2018:  Our paper on the evolution of NDM was recommended by F1000Prime as being of special significance in its field.

June 2018:  Our team publishes on how NDM is evolving in the clinic to overcome zinc scarcity.

June 2018:  Thanks to the Melanoma Research Foundation for the Cure Ocular Melanoma pilot grant!

April 2018:  The Taxonomy of Covalent Inhibitors comes out – thanks Alfred – Kudos!  We’ve been blogged and tweeted!

April 2018:  Congrats to Lin-Cheng in the Crowder lab for his review in TIPS – Mechanism Matters!

February 2018:  Congrats to Sean for his Outstanding Presentation Award in Medicinal Chemistry from the GCURS!

November 2017:  Our team publishes on the mechanism of AMA inhibiting metallo-beta-lactamases.

August 2017:  Our team publishes a new NDM-1 inhibitor that works with clinical isolates.

July 2017:  Best wishes to Alesha as she moves on to an APHL-CDC Postdoctoral Fellowship on Antimicrobial Resistance

May 2017:  Chris’s work on covalent protein modification by 4-halopyridines is published.

May 2017: Wishing Jake farewell at an Austin landmark as he heads to Yale Chemistry for grad school.  We knew him when!

March 2017: Say Hi to the 2017 Library of Virtual Drug Screeners in the Freshman Research Initiative.

April 2016:  Congrats to Gayle Burstein-Teitelbaum on her new position at the Wistar Institute!

March 2016: Walt and his fellow ARFPers visit NIH  and the National Academy of Sciences.

June 2015:  Congrats to Oscar Villarreal for becoming a Beckman Scholar!

May 2015:  Congrats to Joyce Er for her successful PhD defense.  Yay Dr. Joyce!

May 2015:  Walt starts as a PI for the Freshman Research Initiative, working with Josh Beckham (Res. Educator) on Virtual Drug Screening

April 2015:  Congrats to Alesha Stewart for her fellowship from the American Association of University Women (Austin Branch)

April 2015:  Our MBL grant got funded.  Thanks to all involved!  Mentions in UTexas News, Austin Business Journal

February 2015:  A dubious honor from Environmental Health and Safety

November 2014:  Kudos to Pei and Michael (in the Brodbelt lab) for making the inside cover of ChemBioChem

August 2014:  Congrats to Ken as he starts his new postdoc at Northwestern with Neil Kelleher

June 2014:  Congrats to Gayle as she starts her new position as a Technology Licensing Specialist at UT, Austin

Spring 2011:  Download the Longhorn Pharmacy Focus article on some of our 3D molecular visualization efforts.

Summary: The rise of new antibiotic resistance mechanisms is a global clinical health threat.  We are studying an unusual metal-dependent β-lactamase called NDM-1 that has spread world-wide since its discovery in 2008, that is now present in community-acquired infections, and that provides resistance against almost an entire class of antibiotics.  We study how this catalyst works and how ligands interact with its metal center.  There are currently no drugs that counter its activity, so in addition to learning the fundamental science behind this and related enzymes, our work also directly contributes to developing new therapeutics.

Summary:  Many Gram negative pathogens coordinate expression of virulence factors through interbacterial signaling pathways in a process known as “quorum-sensing.”  We are studying enzymes that block quorum sensing by recognizing and degrading the chemical signals used for communication.  Our study of these enzymes informs the basic science of dinuclear zinc sites in catalysis, provides biochemical tools for manipulating quorum-sensing systems, and explores the application of these enzymes and their variants as therapeutic proteins.

Structure and Biochemical Characterization of AidC, a Quorum-Quenching Lactonase with Atypical Selectivity, 2015 Biochemistry

Summary:  Nitric oxide production is dysregulated in a number of disease states including septic shock, idiopathic pulmonary fibrosis and some cancers including melanoma.  We are studying a regulatory mechanism in which endogenous inhibitors of nitric oxide production are controlled by the activity of enzymes in the pentein superfamily, specifically the dimethylarginine dimethylaminohydrolases (DDAHs).  We are studying the mechanism of these enzymes and developing novel and potent inhibitors as the first stage in developing new drugs.  We are also interested in understanding the structure and reactivity of the entire pentein superfamily and how some of these enzymes catalyze a single hydrolytic reaction, some catalyze two sequential hydrolytic reactions, and others instead catalyze amidino-transfer reactions.

Developing an irreversible inhibitor of human DDAH-1, an enzyme upregulated in melanoma. 2014 ChemMedChem

Summary:  Inhibitors that make covalent bonds with their target enzymes have many applications as tools in chemical biology, and also can have therapeutic applications.  We are developing and studying covalent protein modifiers.  Three examples for targets discussed above are 1) 2-chloroacetamidines as selective and potent inhibitors of DDAH, 2) n-alkylboronates as picomolar inhibitors of PvdQ, and 3) beta-lactam degradation products that covalently modify NDM-1.  As a result of fragment-based high-throughput screening, we recently discovered that simple 2- and 4-halopyridines can serve as novel covalent modifiers that can selectively target select pairs of residues found in target proteins.  We are studying their modification mechanisms, their targets, and their use in medicinal chemistry and chemical biology applications.

The Taxonomy of Covalent Inhibitors 2018 Biochemistry

On the mechanism of dimethylarginine dimethylaminohydrolase inactivation by 4-halopyridines. 2011 J Am Chem Soc

Please search PubMed for a list of publications from the Fast Lab.

The Taxonomy of Covalent Inhibitors

The Enzymes of Bacterial Census and Censorship

Publications not listed in PubMed:

Waste Disposal Forms to be emailed for disposal by EHS

On Being a Scientist (FREE!)