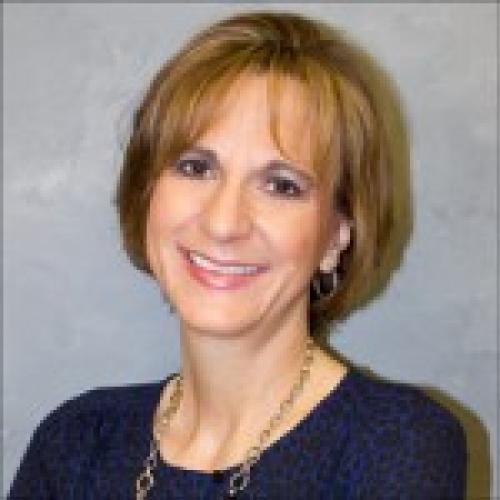 Renee Acosta received her B.S. in pharmacy from the University of Texas at Austin in 1990. She practiced in a community pharmacy in Austin as both a staff pharmacist and pharmacy manager upon graduation. In 1996, she returned to graduate school to pursue her M.S. degree in pharmacy through the Option II Program at UT.

Upon completion of her M.S. degree in 1998, she became the program coordinator and full-time faculty member for the Pharmacy Technician Program at Austin Community College. At ACC, she developed and maintained the Pharmacy Technician Program curriculum, which included traditional classroom and distance learning classes. In 2003, she received the NISOD Excellence Award for ACC.

She joined UT as a clinical assistant professor in 2003, where she was an alternate facilitator for pharmacotherapeutics lab and guest lecturer for hospital pharmacy. In June 2005 she joined the pharmacy practice faculty full-time. She coordinates and teaches the over-the-counter medication course sequence in the professional pharmacy degree program: Nonprescription Pharmacotherapeutics and Self-Care I and II (lectures and lab). In addition, she teaches an Undergraduate Studies’ Signature Course title “Self-Care and OTC Products”.

She received the Texas Exes Teaching Excellence Award for the College of Pharmacy for 2006-2007. She has been named Professor of the Month by the Senate of College Councils three times, 2008, 2010 and 2014. She received the Regents’ Outstanding Teaching Award in 2012. She joined the Provost Teaching Fellows Program in 2015 where she is working on an initiative to incorporate standardized patients in her nonprescription pharmacotherapeutics lab.

Her areas of interest include over-the-counter products, sterile product admixture, and the education, training and utilization of pharmacy technicians. She has served as an item writer for the Pharmacy Technician Certification Exam (PTCE), and as a member of the Task Analysis Task Force for the Pharmacy Technician Certification Board (PTCB) and on the Stakeholders’ Policy Council for PTCB . She served a three-year term as a member of the American Society of Health-System Pharmacists’ (ASHP) Commission on Credentialing from 2003-2006, and currently serves as a lead surveyor for ASHP/ACPE Accreditation of Pharmacy Technician Training Programs.