Announcing the Winners of the 2021 UT Pharmacy Alumni Awards

Members of The University of Texas at Austin College of Pharmacy Alumni Association board have selected the winners of this year’s Alumni Awards.

Last year’s 2020 winners were unable to be recognized in person for their achievements. Fortunately, both 2020 and 2021 Alumni Award recipients will be recognized on Saturday, November 13, 2021 at the college’s Pharmacy Homecoming Tailgate, generously sponsored by H-E-B. 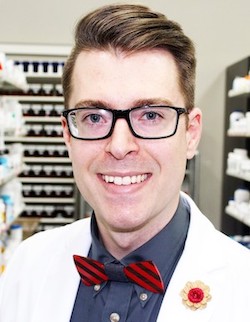 Dr. Benjamin McNabb is an award-winning community pharmacist and the owner of Love Oak Pharmacy in Eastland, Texas. Ben currently serves as lead luminary and board president of the Community Pharmacy Enhanced Services Network (CPESN) Texas, and as an appointed member to the Texas Health and Human Services Commission (HHSC) Value-Based Payment and Quality Improvement Advisory Committee.

Ben enjoys using both roles to communicate the untapped potential of community pharmacy and working with others to advance innovative payment models that improve patient outcomes and lower healthcare costs. Additionally, Ben serves as a director of the Texas Pharmacy Association Independent Pharmacy Academy, advocating for payment reform and practice expansion.

Ben graduated in 2012 with a doctor of pharmacy degree from the UT Austin College of Pharmacy and the UT Health Science Center at San Antonio. 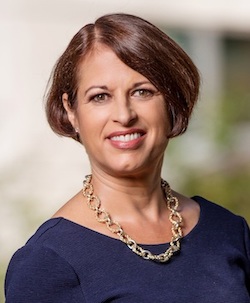 Dr. Johnson’s research focuses on cardiovascular pharmacogenomics and the implementation of precision medicine approaches into clinical practice. She is an internationally recognized leader in pharmacogenomics and genomic medicine with more than 300 peer-reviewed publications and more than $50 million in research funding as principal investigator. In 2015, 2016, 2017 and 2018, she was named a Clarivate Analytics Highly Cited Researcher, indicating she was in the top 1% of most highly cited scientists globally in the previous decade.

Julie has had numerous service roles, including with the National Institutes of Health (NIH), Food and Drug Administration (FDA), Centers for Disease Control and Prevention (CDC), American Heart Association, American College of Clinical Pharmacy (ACCP) and American Society for Clinical Pharmacology and Therapeutics (ASCPT), for which she served as president in 2016-17.

In addition to the Sheffield Award, Dr. Johnson was elected to the National Academy of Medicine and inducted as a fellow of the American Association for the Advancement of Science, along with fellowship in three other societies. She was the recipient of the Leon I. Goldberg Early Investigator Award from ASCPT, Volwiler Research Achievement Award from AACP (2007), the Therapeutic Frontiers Award, and Paul Parker Medal from ACCP, ASCPT Rawls Palmer Progress in Medicine Award and PMWC Luminary Award. She has also received teaching awards from both the University of Tennessee and the University of Florida. 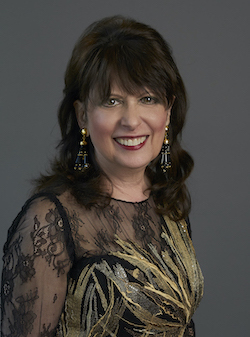 Jeanne D. Waggener, R.Ph., graduated from The University of Texas at Austin College of Pharmacy in 1972 and moved to Waco, Texas, where she began her 17-year career working for independent pharmacies. In 1989 she decided to work for Walmart Pharmacy, where she enjoyed a 31-year career.

Leadership roles in which she served include pharmacy manager, market director and clinical services manager. In 2006 after she was named Walmart Pharmacy Pharmacist of the Year, was asked to apply for a position on the Texas State Board of Pharmacy and later selected to serve a six-year term. She then served as president of the board for six years after being appointed by the governor.

In May 2012, the National Association of Boards of Pharmacy (NABP) elected Jeanne to serve a three-year term representing District 6 on the Executive Committee. After serving as treasurer and president-elect, she became president of NABP.

Jeanne also served on the Texas Medicaid Drug Utilization Review Board from 2005-2015, the Advisory Council for the Pharmacy Technician Program at Texas State Technical College in Waco from 2001-2019, the Central Texas Science and Engineering Fair as president from 1998-2017 and fair director from 2018-2019, and the International Science and Engineering Fair as chair of the Advisory Council and a reader for the Scientific Review Committee.

Jeanne has an Honorary Doctor of Pharmacy from the Oklahoma Board of Pharmacy and was awarded UT Pharmacy’s William J. Sheffield Outstanding Alumnus Award in 2017. In 2018 she was awarded the Walmart Health and Wellness Outstanding Leadership Award.

Jeanne retired from Walmart in July 2020 and is now a consultant and sole owner of Jeanne Waggener Consulting LLC, where she advises in the pharmacy regulatory world.

Congratulations to all the winners! You can honor the recipients personally at this year’s Pharmacy Homecoming Tailgate.