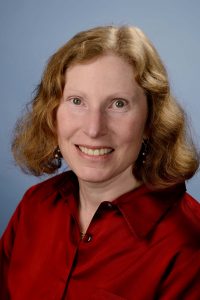 A research study from The University of Texas at Austin College of Pharmacy may offer new insight to help women and their physicians make individual determinations concerning if and when to turn to estrogen replacement therapies to relieve symptoms of menopause.

The study, directed by Dr. Andrea Gore, professor of pharmacology and toxicology, looks at how and when the brain reacts to estrogen.

In her lab, Gore and her research team learned that the brain retains a “remarkable ability to respond to estrogen during aging.”

“In menopausal women, there is a dramatic loss of estrogen from the ovary due to the loss of eggs,” Gore said.  “This decline occurs at approximately 50 years of age and causes symptoms that can significantly impair quality of life including hot flashes, mood changes, and sleep disturbances.”

Gore said these symptoms are due to the loss of estrogen’s actions in the brain.  The Gore lab has investigated how estrogen treatment affects the aging brain with focus on two key areas.

First, the study compared the aging brain to a younger brain, looking for differences in how the two respond to estrogen. Using animal models, the team found a small number of markers showed decline in estrogen responsiveness, but overall found that the aging brains retain a remarkable ability to continue to respond to estrogen with changes in neurotransmitters and other markers of brain function.

The study found that the strongest determinant of brain responsiveness to estrogen was its presence vs. its absence, with timing and duration of treatment having some impact on those responses.  The study results highlight the plasticity of the brain in its responses to estrogen during reproductive aging and its surprising ability to adapt to diverse estrogen replacement regimes. Considering that women grapple with the question of whether, when, and for how long to take estrogen treatments at menopause, this pre-clinical research should help guide clinical research to improve quality of life outcomes for women.